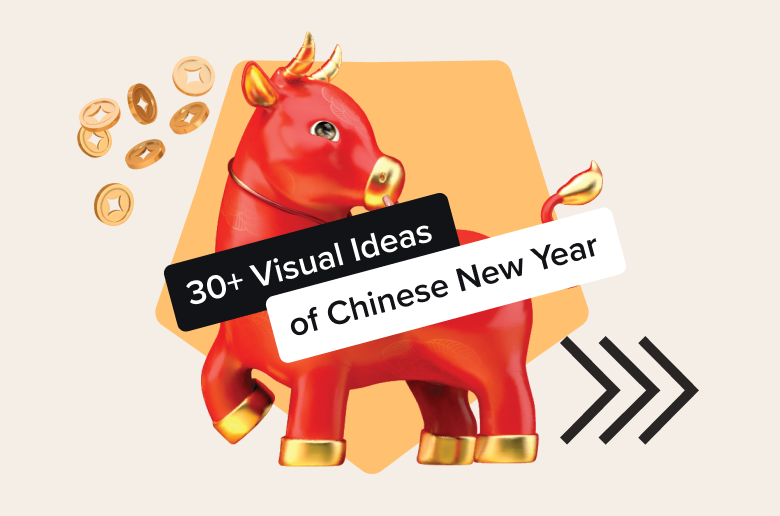 Chinese New Year is celebrated to celebrate a year of hard work and great relaxation. You can relax with your family and wish you good luck and success in the coming year.

2021 is a year of the Chinese zodiac sign Ox. The Ox has traditionally been a symbol of power in Chinese culture. An Ox year is usually considered to be a more hopeful and fruitful year, so 2021 is expected to bring better luck. 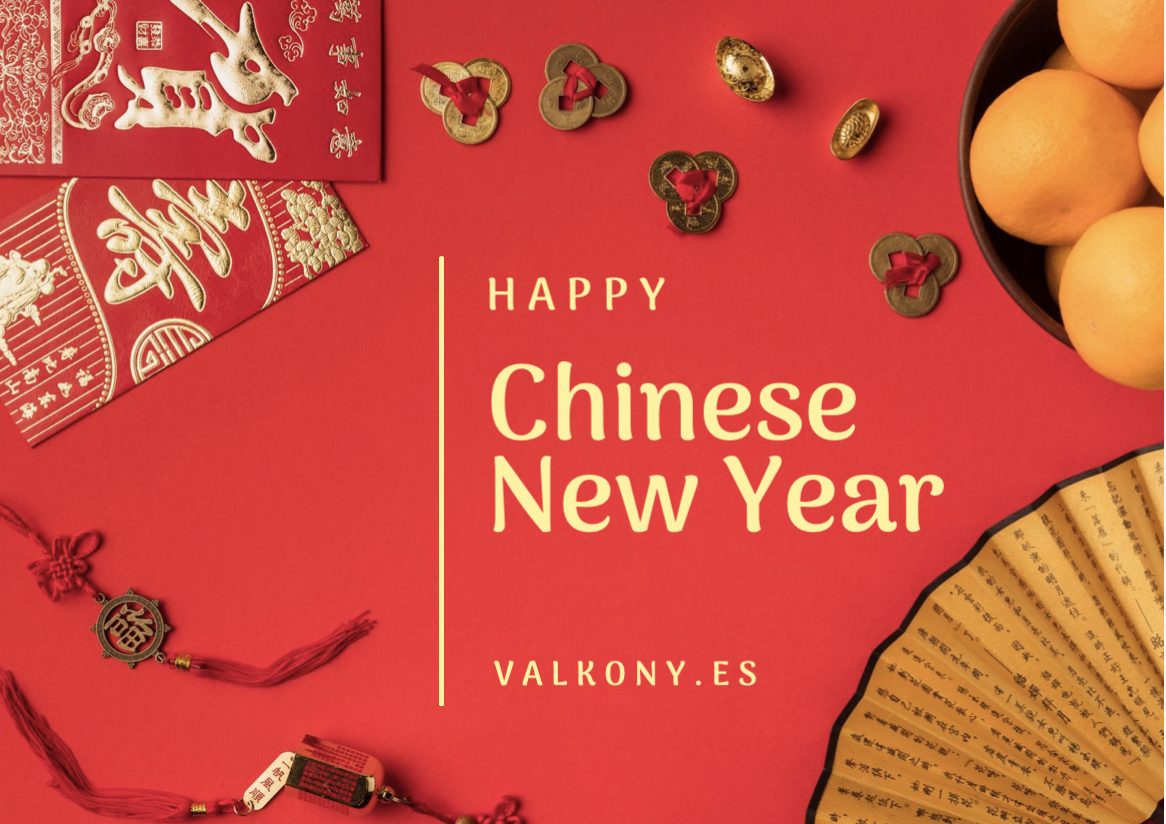 Chinese do most of the decoration for the Spring Festival on New Year’s Eve. Almost all decorations involve the color red and lucky images which are meant to ward off the demons.  Chinese lanterns hung on trees in the streets, office buildings, and doors of houses. Hanging a red lantern in front of the door is believed to drive off bad luck.

The Chinese will also hang up strings of (real or fake) chili peppers, paste red paper onto doors and windows, and more!

Colors are important to Chinese culture. The three main lucky colors are red, yellow, and green. A common practice is the use of the color red. As is probably already very well-known, red is the most favorite lucky color in Chinese culture and it represents strength and prosperity.

Red is the most popular color in China. It represents happiness, beauty, vitality, good luck, success, and good fortune. It also represents fire. Red is related to Chinese folk stories, such as the Nian in which red banners were displayed in houses to scare away the monster that would visit every Chinese New Year. 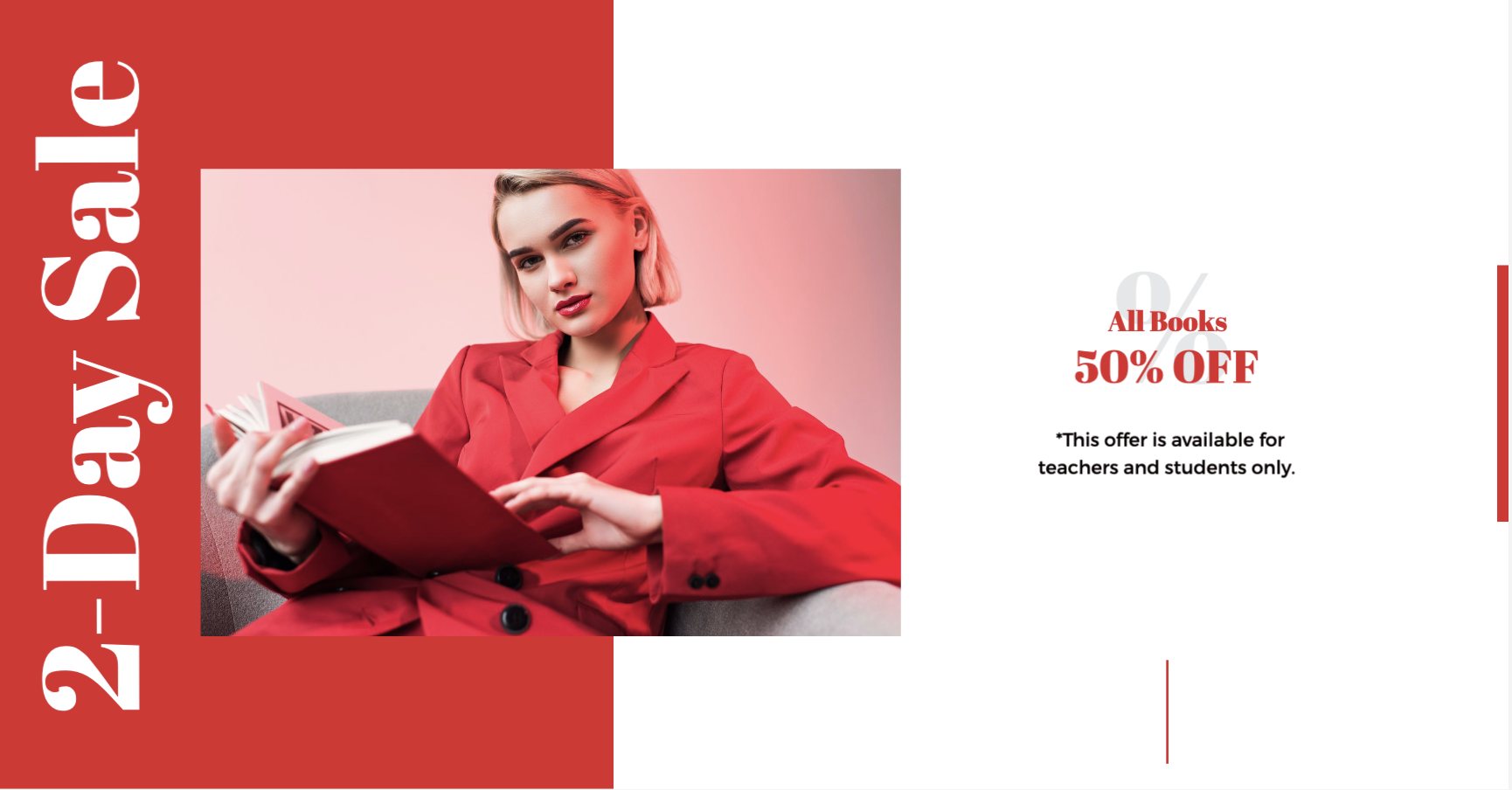 Design your own red visual!

New Year clothes have historical, customary, and symbolic significance. One of the oldest traditions in the Chinese Spring Festival celebrations is buying new clothes for the new year, whether they need them or not. This emphasizes the idea of change, new beginnings, and getting rid of the old.

In ancient times, most people had just one or two outfits for the entire year, but during the Chinese New Year, it’s always time to wear fresh new clothes!

Any new clothes acquired should be worn on the first day of the Chinese New Year, and new Pajamas may be worn to sleep on New Year’s Eve.  There’s just one rule: these new clothes should not be purposefully torn or worn-out. 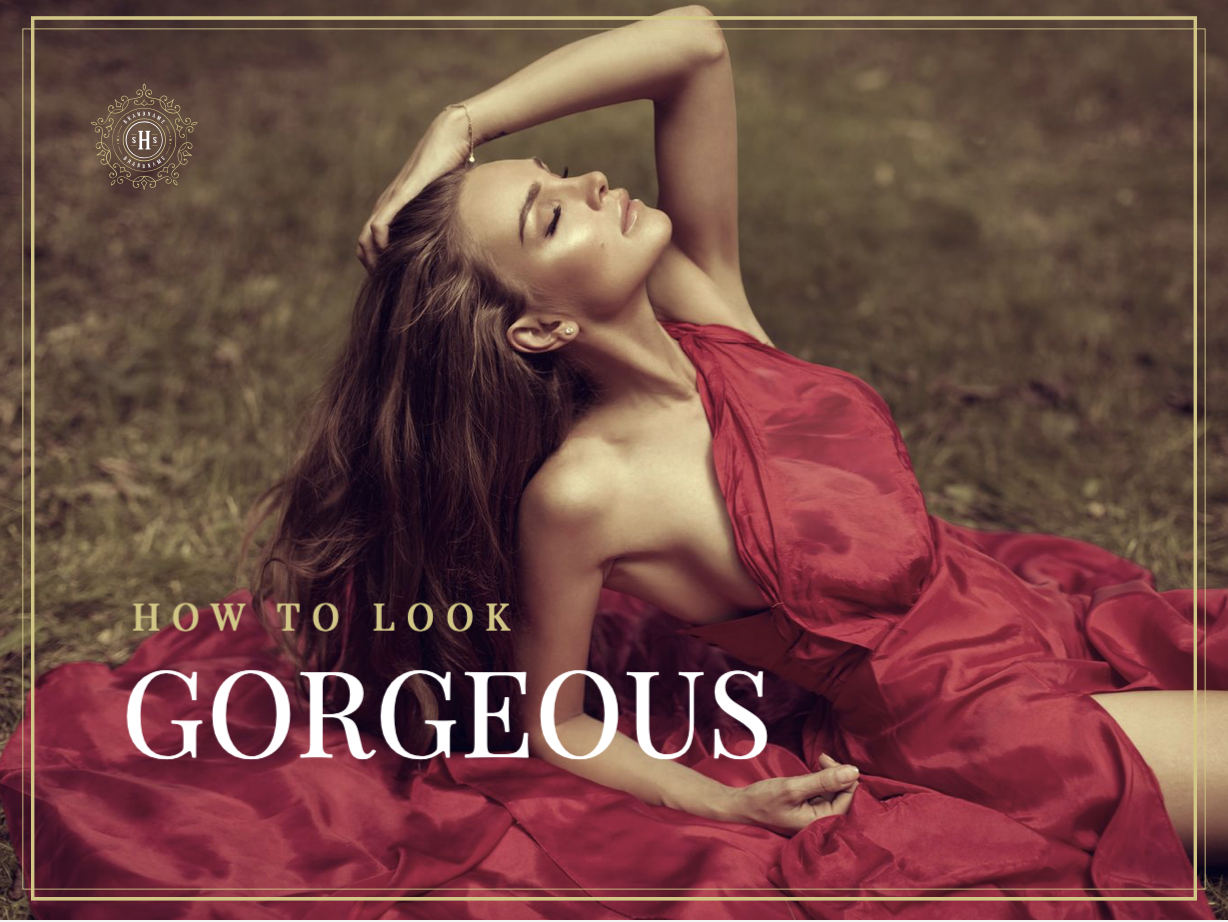 Red dominates the Chinese New Year dress code. After the festival has passed, many people go back to their normal-colored clothes. However, there is an exception. For those who were born in the same year as this Chinese calendar year’s Chinese zodiac animal, in 2021 it’s an Ox, incorporating red into daily fashion becomes the new normal for the entire year.

Showering isn’t allowed on Chinese New Year’s Day. This is to make sure you don’t wash away the good luck!

How do you get away with wearing red all the time? This is achieved by wearing red underwear. and socks, or replacing the inner soles of shoes with red ones. This is traditionally believed to bring forth good luck for the whole year.

Chinese New Year’s wishes are usually posted in pairs – couplets – as even numbers are associated with good luck and fortune promise in the Chinese culture. Couplets are brush works of Chinese calligraphy, in black ink on red paper. These are usually a pair of successive lines of verse, especially a pair that rhymes. The structure is very strict and well-defined. 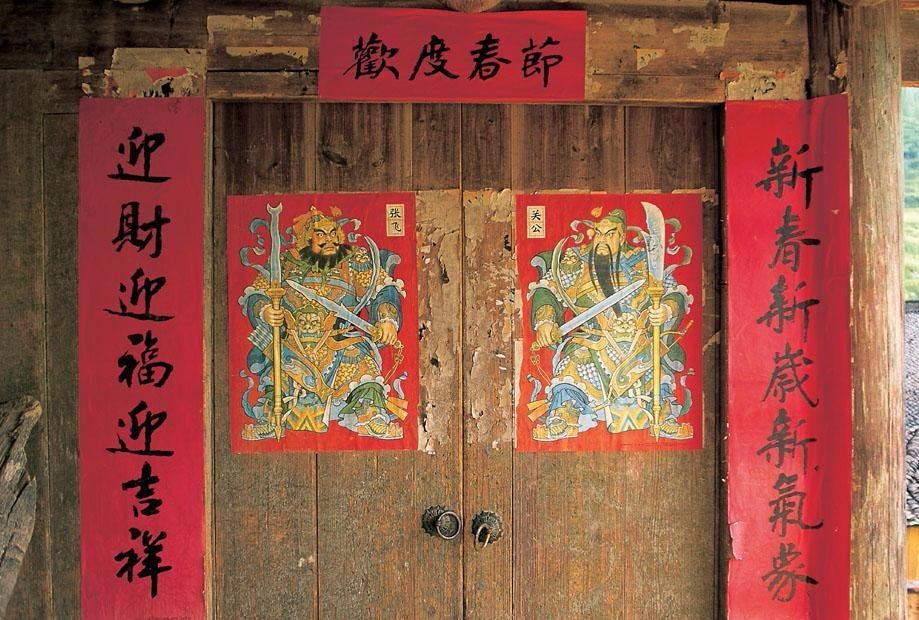 Here’s another great source of inspiration. Paper cutting is the art of cutting designs out of paper, most often, red, for the Spring Festival. Artisans will then glue the delicate pictures to a contrasting backing or a transparent surface, such as a window.

These paper cutting often show a plant or animal representing a different wish. For example, the peach symbolizes longevity, the pomegranate, fertility; the mandarin duck, love; the pine tree, eternal youth; the peony, honor, and wealth. A magpie perched on the branch of a plum tree announces a lucky event that will soon happen. 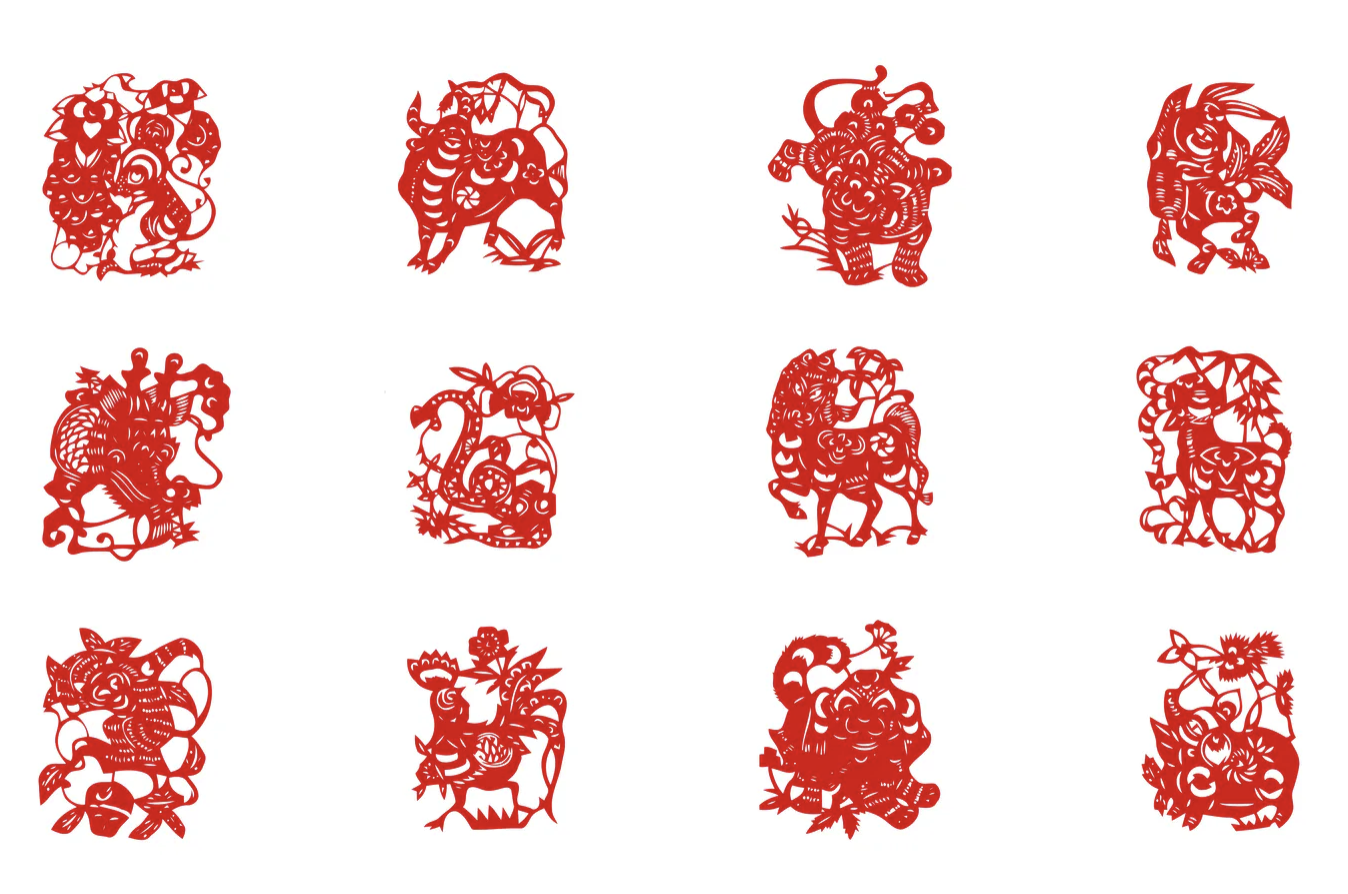 These decorations are usually fortune-promising symbols and words and made of red paper. Images include fish, peaches, grains, dragons, phoenixes, and more. Some, such as fish, are puns for blessings. Others, like dragons and peaches, are symbols from folktales and legends. Grains and related images, on the other hand, represent hopes for a good harvest.

Chinese people decorate by hanging up certain words. The most common word is 福 / Fú, happiness, and good fortune. It is written with calligraphy onto a square piece of red paper. These can then be pasted onto walls, doors, or windows.

Fu is often incorporated into other decorations, such as paper cuttings and paintings. As a play on words, many like to put fu upside down. The word for “upside-down” (倒 / Dào) is a homophone of “here” (到). This pun represents that good fortune is coming or is already here.

Spread the Token of Fortune

Here’s a lovely tradition that can be adopted at any time of the year. The Chinese give gifts of red envelopes containing money and also traditional Chinese coin weaved together.  Also known as red packets and red pockets, 红包 (hóng bāo) are great because they contain money. The money in red envelopes is also known as 压岁钱 (yā suì qián). Literally, it is “money to anchor the year.” It is also known as “lucky money” or “New Year’s money.”

The red envelopes today nearly always contain money. A good sign is to give eight coins (or eight hundred dollars!) This is because the number eight is considered lucky as it sounds like the word for ‘wealth’, as is the number six as it can also mean ‘smooth’, and symbolizes having a smooth year.

History says that during the Qin Dynasty, the elderly would thread eight coins with a red string and give them to the children in their family. These coins were often referred to as “money warding off evil spirits” and were believed to protect the person from illness. These coins were replaced in later years by red envelopes. 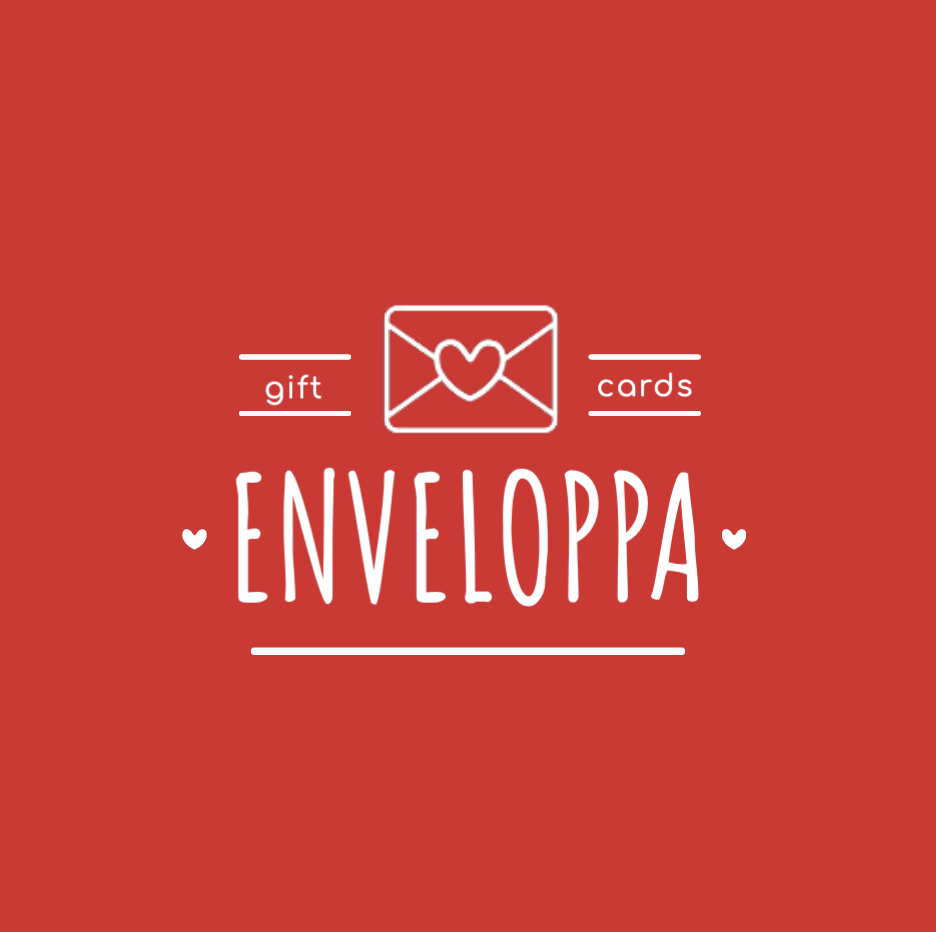 Eat This for Good Luck

In China, it is customary to eat dumplings during the Chinese New Year celebrations. In the northern provinces of China, the jiaozi, a dumpling made with flour and often stuffed with coins(ouch!), peanuts, or sweets symbolizing different blessings, is enjoyed at midnight on New Year’s Eve.

Chinese food names have a lot of symbolism to them. Take the tangyuan, for example, which literally means “soup balls.” But it sounds like tuanyuan (团圆), which means “reunion.” Not surprisingly, this is a popular dessert during Chinese New Year.

Nian gao (年糕) is a type of rice cake. It symbolizes success every year. Fa gao (发糕) is a hybrid of sponge cakes and muffins dyed in festive colors. The fa is the same as in fa cai (发财), which means “to get rich.” And doesn’t everyone want that? We all agree it’s nice to have a better reason to get the second helping of dessert. 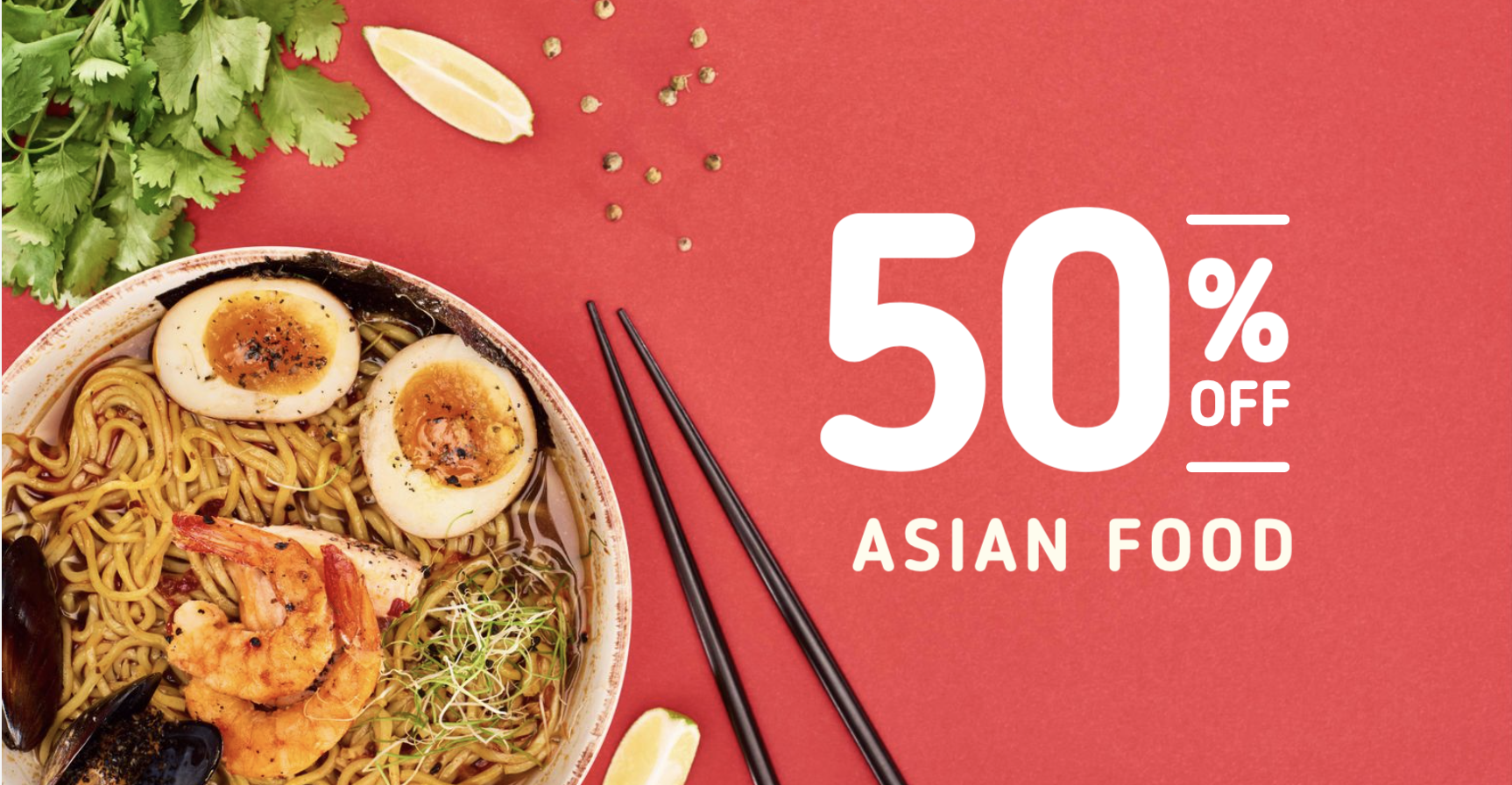 Promote your Chinese restaurant in style!

Spread the Joy with Tangerines

The character 桔 (jú), or “tangerine,” looks similar to 吉 (jí), which means “luck,” while the golden color is festive and represents wealth and fortune. Add to that the fruit’s delicious flavor on its own and in various desserts, and it’s really no wonder why so many will buy a small tree to plant in their homes during Chinese New Year!

Other plants that promise good fortune include mandarin oranges (桔子 / júzi), which are popular for the same reasons as kumquats, chrysanthemum flowers, and peaches.

Do you happen to have Chinatown nearby? Make sure you go check out the parade, lion dances, lantern statues, fireworks, and amazing food!

Release the Lantern with Good Wishes

The Lantern Festival is the culmination of Chinese New Year festivities. There are many styles of lanterns, from basic shapes like spheres to lotuses and even dragons! People write down wishes on each side of the lantern and let it fly to the heavens, hoping their wishes will come true in the new year.

Some people write the word fu (福 / Fú), poetry, or other calligraphy on the lanterns before releasing them. 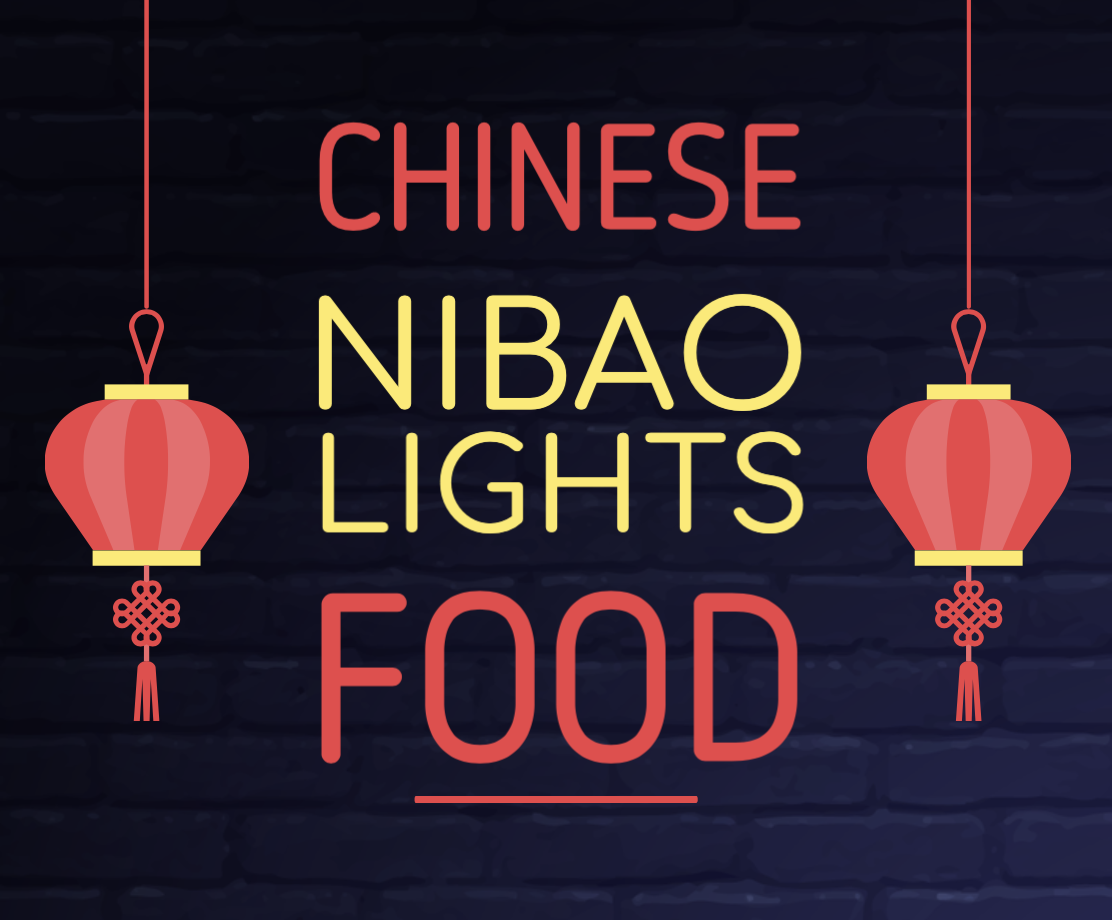 Infuse your designs with the magic of Chinese New Year!

And finally, send the monsters running with fireworks

Fireworks and firecrackers are supposed to scare off monsters and bad luck. People stay up on Chinese New Year’s Eve and set off firecrackers at midnight. In the morning, firecrackers are used again to welcome the new year and good luck. However, more than 500 Chinese cities have banned fireworks due to fire concerns and pollution reasons.

The Chinese culture’s history spans thousands of years. The Spring Festival, being the most important holiday, is infused with visual references to ancient traditions. By taking a closer look at Chinese New Year decorations, you can get inspired by the rich history behind each carefully thought-out design detail.

Julia is the content writer at Crello blog. She is passionate about all things related to written words. When she’s not writing, you can find her crafting organic candles, reading paper books, or hanging out with her cats.