Hoshana Rabbah marks the seventh day of Sukkot when the judgment that happened over the Sukkot week comes to a conclusion. This day has a quieter nature compared to previous ones, but never stops people from celebrating.

Hoshana Rabbah holiday has a quieter and more religious nature than the rest of the Sukkot week. “Hoshana” translates as “Save us”, which wraps up the nature of this important date in the Judaism calendar. On this day in the synagogue, people go seven circles around the bimah, saying seven rounds of prayers to show rejoice and invitation for a blessed and fruitful year to come.

Thousands of locals and visitors rejoice near the sacred walls in Jerusalem to celebrate Hoshana Rabbah till the sundown, and then immediately start over, to mark the next High Holiday – Shemini Atzeret.

Hoshana Rabbah as a religious event drives from the national Jewish tradition of Sukkot, which is a week of abundant autumnal celebrations held in sukkahs. The ritual meaning changed over centuries, but overall it represents the gratitude for the harvest and hopes to get blessings in the next year. Information about Sukkot can be tracked back in history all the way to the ancient Hebrew agrarian era when it was big and loud every year.

The tradition of turning the seventh day of Sukkot into a separate observation named “Great Hosannah”, or “Great Salvation”, appeared in the post-Talmudic period. Over the Middle Ages, it had been picked up by various communities and turned into a day for reflection and refinement.

The unique activity during Hoshana Rabbah is the “Ritual of the willow” where people would go in circles around the synagogue and beat the earth with the willow twigs to attract lots of rains in the winter season. These rituals are taken very seriously, and common quotes from Torah used that day all have messages about good rain, crops, and cattle.

Constitution Day is a public holiday in Poland and the majority of banks, schools, and businesses are closed on this day. Thus, it’s a perfect chance for people to spend time with their family and friends, so it’s no wonder that there are many traditions people follow during the off duty period.

- Recognize the day. Polish people are proud of their history, so they follow several customs that recognize the holiday. Some of these common traditions include decorating homes, hoisting flags, singing a patriotic song Witaj, majowa jutrzenko, etc. People also congratulate their nearest and dearest on this event and share greetings on social media.

- Attend a military parade. This holiday is a perfect time to honor veterans and thank soldiers for protecting the freedom of the country. Thus, people attend military parades across the country. Notably, Polish politicians take part in these festivities and they often visit the Tomb of the Unknown Soldier to show appreciation to the fallen soldiers who gave their lives for Poland.

- Listen to public figures’ speeches. The government sends invitations to celebrities and public figures to attend public-speaking events, but common people can join the festivities to show respect and appreciation to the country, boost morale, and recognize the holiday.

- Gather with family. Since Polish people have many days off during the season of Majówka, they often celebrate these holidays with their family and friends. It’s common for people to visit each other, organize picnics, go for a walk, or travel together on Constitution Day.

- Spend time outdoors. Some people want to make the most out of this day and they seek out funny ways to spend it. Thus, it’s easy to find various exhibitions, festivals, and concerts to enjoy happy moments of being a member of the Polish society. 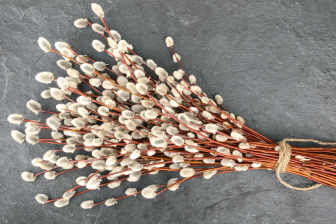 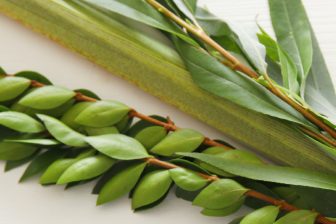 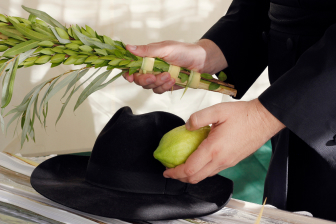 Five willow twigs – these are used in the symbolic ritual performed on Hoshana Rabbah, where men would beat the earth five times with the willow to get the abundant rains next year.

Lulav – the important symbol of Sukkot week, is the woven holder with the three sacred plants: myrtle, pine, and palm. A party crowd in the streets, waving hundreds of lulavs at once, gives a truly high-spirited atmosphere to Hoshana Rabbah celebrations.

Hoshanot – is a symbolic book, a set of celebratory “songs of praise”. It is read aloud on this day in the synagogues, as a dressed-up sea of men, women, and kids parade seven times around bimah.