How to Do a Split Test on Social Media 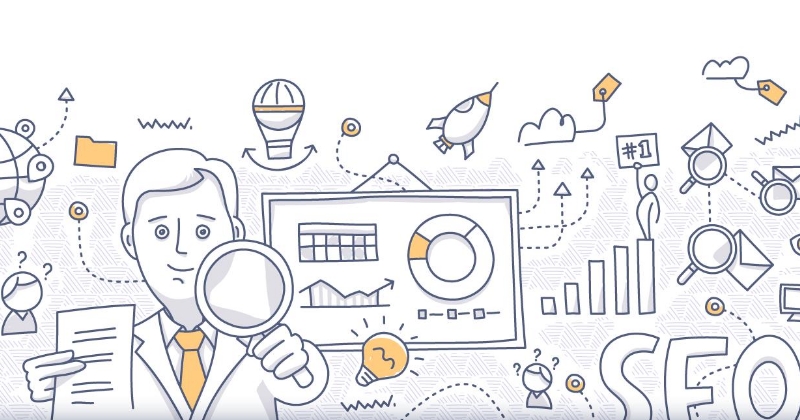 We are looking at effectiveness of built-in CTA buttons versus in-the-post calls to action on Facebook, test a post with and without ‘free’ in its CTA, as well as feature even more expert advice on crafting your social media call to action in part two of our call to action series!

In the previous post Call to Action on Social Media, we talked about the basics of CTA on social media, the difference between built-in CTA buttons and calls to action in posts, looked at various examples of calls to action from top brands like Shein, Roberto Cavalli, Chloe, Microsoft, Google and more.

We are presenting three split tests we ran to determine which CTA combinations attracted more clicks:

Let’s look at the results.

In this test, we compared effectiveness of built-in CTA buttons and calls to action in the post itself. Here are our results. 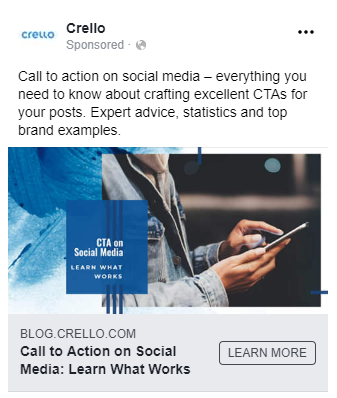 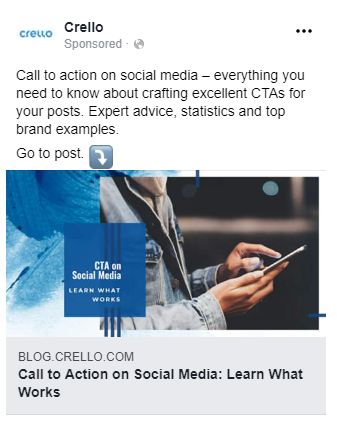 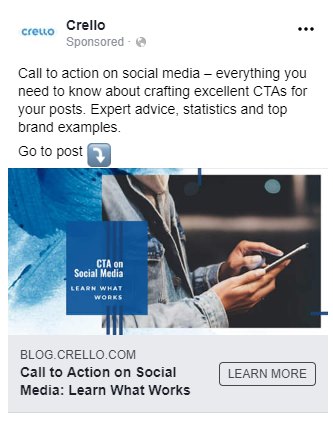 As you can see, the sponsored post with a built-in CTA button ‘Learn more’ and no other CTAs attracted the most link clicks – 93.

Adding a call to action in the text of the sponsored post without removing the built-in CTA button lead to a decrease in clicks as we only got 69 (that’s 26% less).

The post without built-in CTA and a text-only call to action attracted a comparable amount of clicks – 67 (28% less than the built-in button-only CTA).

Let’s calculate click-through rates for our posts by dividing link clicks by the number of impressions for that ad:

Note that Facebook analytics also includes Cost per Result column that helps compare campaign effectiveness. For our case we got 11, 14, and 15 cents per click for versions A, B, and C, respectively.

“I’m always shocked at how my instinct for what the ‘best’ CTA will be is often not the most effective,” comments Joe Lazauskas, Head of Content Strategy at Contently, whom we turned to for advice on crafting an effective CTA. He advises to test your CTA options and try to write them in a colloquial voice, while staying true to your brand at the same time.

In our second split test we wanted to see whether a longer CTA could beat a short and to-the-point, if generic call to action. We used ‘Read our comprehensive guide here’ and ‘Read here’. This is our results: 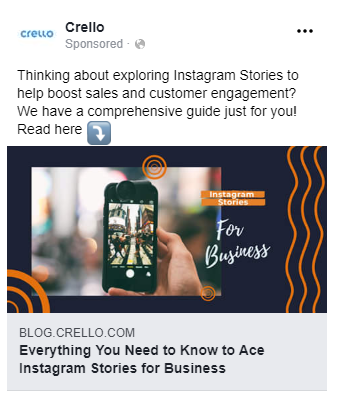 Here are the results for the short in-the-post CTA: 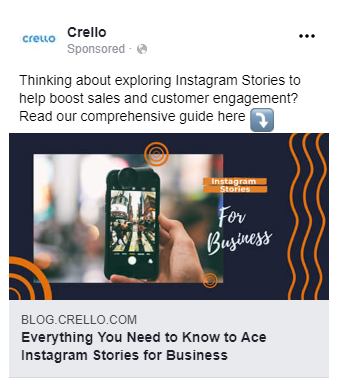 “Words like “save” or “download now” are likely to perform poorly in the Facebook feed,” she says. “Think about the problems that the end user faces and speak to those concerns,” she continues. “Keep your CTA clear in terms of the value to the audience, such as ‘Get 5 hours back each week! Learn how by watching this webinar.’”

As the test shows, while people do like a concise call to action, they still prefer it to be meaningful and not too generic.

For our third case we’ve decided to split test two similar posts, one of which contained the word ‘free’. Do people really fall for free stuff or do they assume it’s worth nothing and choose to pass? Let’s look at our results. 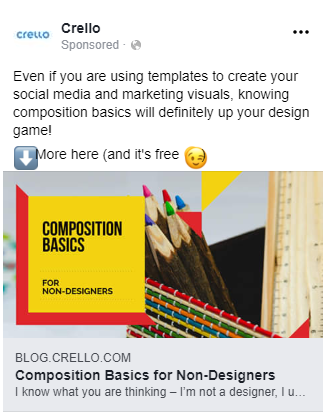 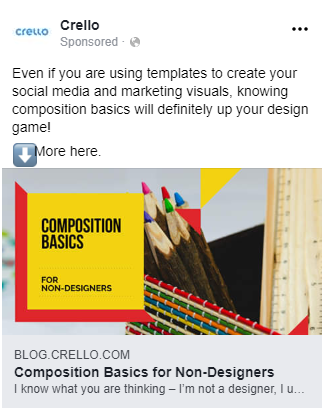 As our test shows, the word ‘free’ got 13% more people to click the link to our blog post.

It had a higher click-through rate as well:

Clicks for this case cost us 9 and 10 cents per click (Cost per Result column in our analytics screenshots above).

Social media marketing expert Haley Hite at Aha Media Group told me that “clear language, brief sentences, and strong verbs resonate best with the Aha Media audience, but we’re continually testing this and making modifications.” She added: “We tell our audience what we want them to do, then get out of their way.”

Split testing is a simple and effective tool to determine what work best for your specific audience should become a routine practice. You should test both the visual and verbal parts of your message, as well as post layout.

Zontee Hou recommends experimenting with “video and carousels to showcase more information in the feed, giving your audience an opportunity to better understand your offer before clicking through.” She also advises to try Facebook offers that allow your audience to save coupon codes for later: “Not everyone is ready to buy now, and Facebook will remind them of saved offers later.”

Now – over to you! Try running split tests for your social media CTAs and get back here or join our Crello Users group on Facebook to share your results!